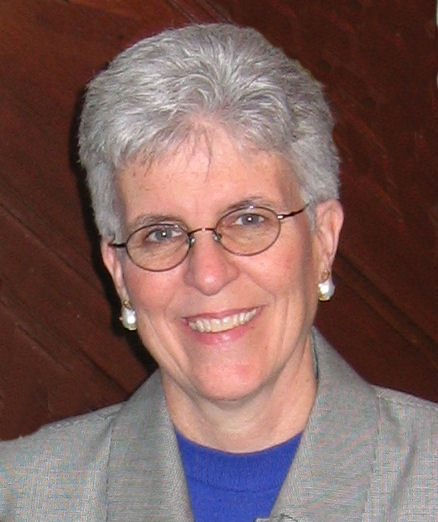 When Jill Carnaghi was elected ACPA President, she was serving as the Assistant Vice Chancellor for Students/Director of Campus Life at Washington University in St. Louis. Carnaghi became involved with ACPA during graduate school at Michigan State University. Following the lead of her advisor, Lou Stamatakos, she joined ACPA. Pat Kearney was her supervisor at UC Davis, and she was ACPA President and was supportive of involvement in the association. Carnaghi became involved in Commission III, now the Commission for Housing and Residential Life, when she was at the University of Vermont and was their newsletter editor. She went on to various leadership roles within the Commission and that’s where her real involvement with ACPA began. That significant involvement included co-chairing the 1997 Decennial Convention (ACPA & NASPA) in Chicago; serving as the Major Speakers Chair for the Nashville Convention; and co-chairing the 2007 joint meeting with NASPA in Orlando.
In addition to her work with the Commission for Housing and Residential Life and the Annual Convention, Carnaghi is also a Senior Scholar, the recipient of the esteemed 2008 Esther Lloyd-Jones Professional Service Award, a member of the Senior Student Affairs Practitioner Program from 2004-2008, and treasurer for the ACPA Foundation. Further, Carnaghi has served as faculty for the Mid-Level Managers Institute, a member of the 2002-2003 ACPA/NASPA Blue Ribbon Task Force, a member of the Blueprint for the 21st Century Task Force, and consulted with the planning team for a possible New Professionals Institute. Earlier in Carnaghi’s career she served as Vice President for Commissions, a member of ACPA’s Media Board, and helped revise the ACPA Ethics Statement in the late eighties. Additionally, Carnaghi was the Graduate Student Member at Large on ACPA Executive Council, received the ACPA Excellence in Practice Award in 2004, and the Richard Caple Award from Missouri College Personnel Association (MOCPA) in 2007.
Carnaghi was able to move forward various initiatives for ACPA during her presidency, including a major update of the association’s technology software to better serve its members. Additionally, the 2001 Annual Convention in Boston is best remembered for the horrible snowstorm that closed the airport and parts of the city. Despite the unforeseen inclement weather, Carnaghi and Myra Morgan, the Boston Annual Convention Chair, were able to have a great meeting and return revenue to the association. Additionally, the beginning of the 21st century was a time for the association to clarify its mission and ability to plan strategically for the future.
Since Carnaghi’s presidency, she writes that her life has been “full to overflowing with great experiences both personally and professionally: a great family consisting of an incredibly supportive husband, Paul and two teenagers (yikes)—Sarah & Michael—only 16 months apart with plenty of interests ranging from dance, horseback riding, piano, sports, performing…on and off the stage. It’s never dull, and I wouldn’t have it any other way. I’m incredibly grateful for family, friends and all that my life entails.” In addition, Carnaghi has co-authored Job One with Peter Magolda and served as a member of the ACPA Baltimore 2011 Annual Convention Planning Team.