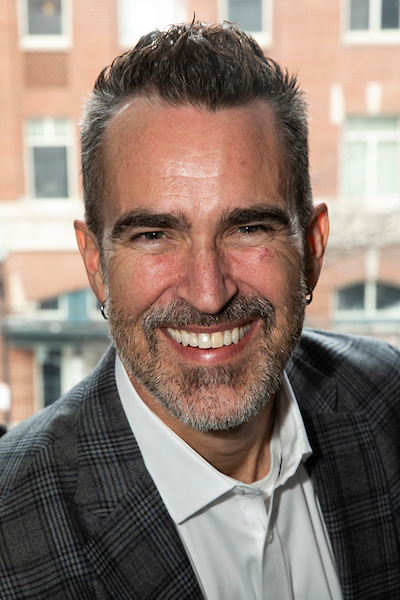 Dr. Craig Elliott served as the eightieth president (2019-2020) of ACPA-College Student Educators International. His goals during his presidency were centered around unity, empathy, and social justice.

Born in southern California, he grew up in the northern part of the state. He attended Saint Mary’s College of California in Moraga, CA for his Bachelor of Arts in Liberal Studies. He was a highly involved student as a resident advisor, orientation leader, writer for the school paper, and more. It was not only the place where he would meet his future wife, but the place where his passion for student affairs would first be sparked. It was a conversation with the Assistant Director of Housing who said “you should do this!” and that inspired Dr. Elliott to pursue his career in student affairs. “I remember thinking wow, people get paid for this?,” he says.

He continued his schooling with a Master of Arts in Educational Counseling and Psychology from the University of the Pacific. He started working in housing and residence life, landing a job at Stony Brook University in Long Island, New York. After spending a few years as a residence hall director, he made the decision to return to his home state. He went back to his roots and worked at Saint Mary’s and San Jose State. He decided to get his Ph.D. in Transformative Learning and Change from the California Institute of Integral Studies. “I was always interested in how education could be a transformative experience and how could we connect that to our social justice work?” he says.

Before he was ACPA President, he was highly involved with various committees, groups and projects. He was a newsletter editor for the Coalition on Men & Masculinities, helped re-establish and re-launch the California state division (CCPA), a member of the ACPA 2002 Long Beach convention planning teams and was appointed Chair of the Task Force on Inclusion by then President Nancy Evans. He later served on the ACPA 2013 Las Vegas convention planning team, and as a member on the Governing Board as Director of External Affairs before becoming Vice President and then President.

The priority of his presidency was updating ACPA’s mission and tag line, increasing engagement with the membership, strengthening the financial profile of the association, initiating a new strategic plan, and continuing the work of the Strategic Imperative for Racial Justice and Decolonization and embedding that work into ACPA’s programming, decision-making, recruitment. It was ambitious, bold work designed to support the association into the next 100 years.

Craig is grateful for the members and leaders who joined him in this work. “Sitting in that role, I couldn’t have done it without the team. Every role on a team matters, and everyone contributed meaningfully toward these efforts.” he says. “I am proud of the work we did.”

Having good mentors was crucial to him throughout his life. “Being somebody who can help others and the idea of belonging was always important to me,” he says. He emphasizes how his passion has always been helping students find “that place” on campus and in certain spaces that they feel most comfortable in.

To young professionals, he offers some words of wisdom:

He is currently the Dean of Students at Samuel Merritt University, a private university for health sciences in Oakland, CA where he first became involved in student activities and then became Dean of Students/Assistant Vice President for student affairs. He enjoys soccer, music, the outdoors, good strong coffee, and being with family. He continues to serve the association in a number of ways, and is part of the faculty for the Social Justice Training Institute.

“I feel like I belong in ACPA. I’ve always gotten great experiences and I want to give that back,” he says. “I’ve also made friends for life. We’ve done the good and hard work with each other. It’s not about us, it’s about making the world a better place.”