Charles C. Schroeder initially became involved in ACPA in 1973 when he was asked to serve as Chair and Program Chair of the 1975 ACPA 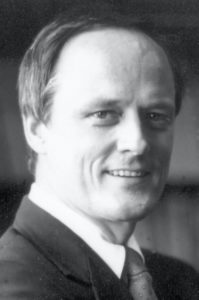 Convention in Atlanta, GA. He also became a member and eventual leader in Commission III, now the Commission for Housing and Residential Life. Schroeder’s ACPA involvement included two tenures as ACPA president (once in 1986 and again in 1993), founder and president of the ACPA Foundation, 1975 Annual Convention Chair, and By-Laws Committee Chair. As Convention and Program Chair for the 1975 ACPA Annual Convention in Atlanta, Schroeder is proud that convention generated the highest net revenue to date. Further, in role as president in 1986, he assisted with the planning of the joint ACPA/NASPA meeting in 1987.

Throughout Schroeder’s career, he presented 55 featured and keynote presentations from 1976-2005. Additionally, he co-created with George Kuh, the Student Learning Imperative: Implications for Student Affairs (SLI), and, as a result, dramatically changed the professional orientation of the both ACPA and student affairs to become more learning-centered. Connected to a passion for learning and education, Schroeder co-created with Liz Whitt and Greg Blimling, Principles of Good Practices in Student Affairs. As a further contribution to student affairs, Schroeder created About Campus and served as the first executive co-editor with Pat King in 1995.

Schroeder began his second tenure as president in 1993 and had been involved in securing space for ACPA in One Dupont Circle with his predecessors, Leila Moore and Terry Williams. During Schroeder’s second presidency, he aided in refocusing the field and ACPA on enhancing the undergraduate experience by emphasizing student learning as the core responsibility of student affairs professionals. Further, Schroeder developed strategic alliances with other professional associations including NASPA and AAHE in order to influence and shape the broader higher education agenda at the national, regional and state levels. Additionally, Schroeder established an independent, non-profit foundation, the ACPA Educational Leadership Foundation, to advance and support the role of student affairs in higher education. In keeping with the goal of advancing the field, Schroeder continued to build the membership base to become less dependent on convention revenue to cover ACPA’s general operating expenses.

Schroeder spent 11 great years at the University of Missouri-Columbia (MU) as Vice Chancellor and Professor of Higher Education during and after his term as ACPA president. He provided leadership for the transformation of the MU undergraduate experience by creating a nationally acclaimed learning community program.

Schroeder left MU in 2004 to serve as a senior executive for Noel-Levitz specializing in assisting a range of institutions improve the quality of student life and learning for their undergraduates. Currently, Schroeder is doing part-time consulting for Noel-Levitz as well as a considerable amount of speaking at professional meetings. He served as a researcher on two national initiatives: Project DEEP (Documenting Effective Educational Practices) sponsored by the National Survey of Student Engagement and Institutions of Excellence in the First Year of College sponsored by the Policy Center on the First Year of College. Schroeder contributed to Student Success in College: Creating Conditions that Matter with George Kuh and co-authored with John Gardner and others, Achieving and Sustaining Institutional Excellence for the First-Year of College, both published by Jossey-Bass in 2005. Without a doubt, these were the most exciting and fulfilling experiences of his professional career.

Avocationally, Schroeder is an avid outdoorsman and he relishes almost every form of outdoor adventure oriented activities. He has climbed four, 20,000 foot mountains in Peru and Ecuador, ice climbed in Ouray, Colorado and still skis in Colorado every year. Each summer he backpacks in Montana and Wyoming and spends three weeks annually in Western Alaska floating and fishing some of the most remote rivers in North America.

Schroeder and his wife, Barbara, are doing a considerable amount of traveling including trips to Scotland, Ireland, Hawaii, and the Western Mediterranean. They are learning as much as they can about foreign cultures and geography. Most importantly, however, they spend considerable quality time with their five grandchildren and find their greatest fulfillment from watching them grow and develop.