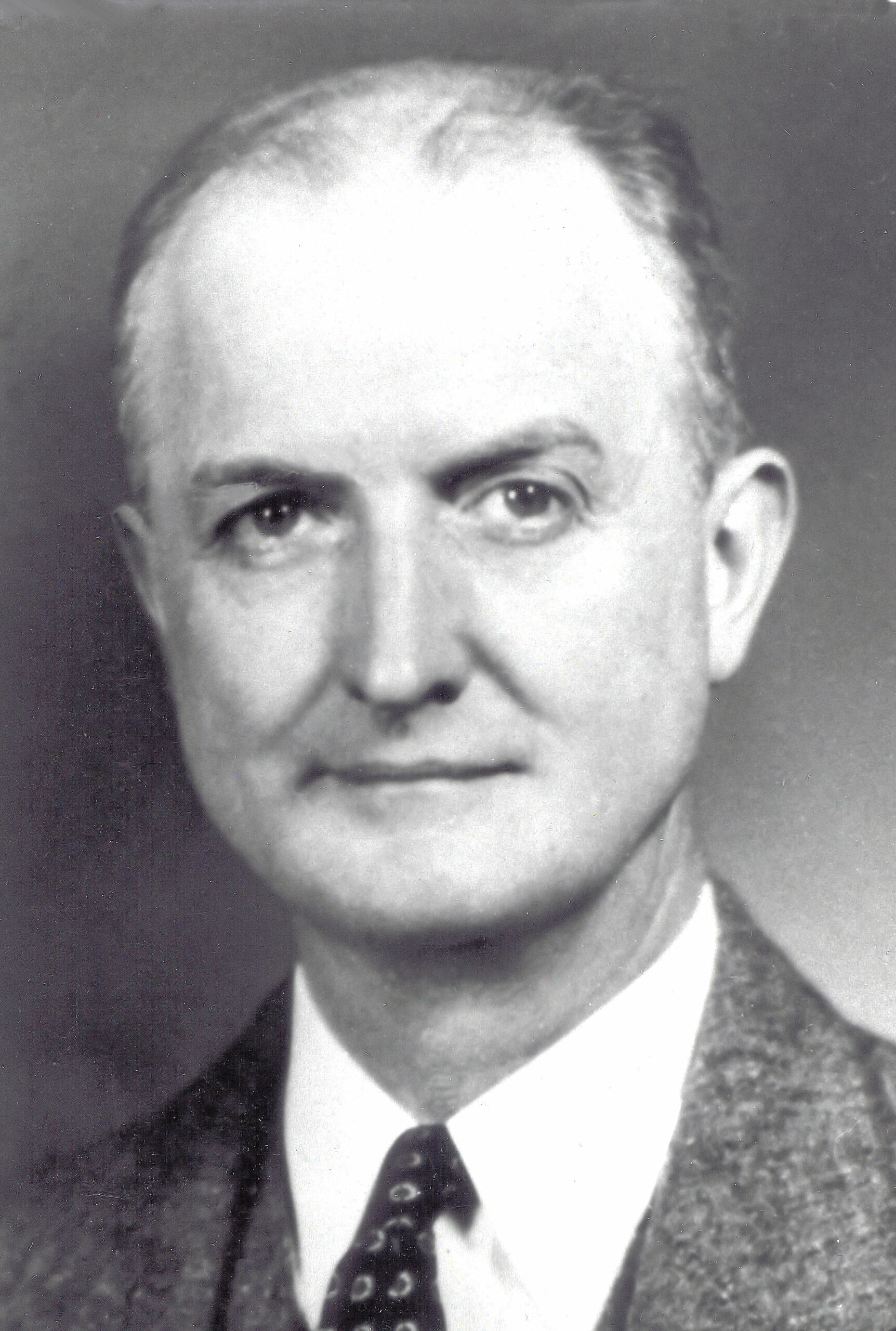 When Walters was elected in 1930, he was married to Agnes Ayres. He was Professor of Personnel Ad­ministration and Director of Personnel in the Schools of Engineering and Science at Purdue University.

Born and reared in Corydon, Indiana, he at­tended the local schools. After graduation from high school in 1914, he enrolled at Indiana University where he remained until he joined the U.S. Army in 1917. Walters was in the Ordinance Department as a First Lieutenant until 1919 and a Captain in the Ordinance Reserve until 1929. For a short time in 1919 he was enrolled at the University of Dijon, France. He received his B.S. (1922) and M.S. (1923) degrees in Mechanical Engineering from Purdue University. Cornell University granted him the Ph.D. degree in 1934. The title of his dissertation was “Investigation of the Status of Personnel Administra­tion.”

After receiving the bachelor’s degree, Walters accepted the position of General Manager of the Purdue Memorial Union. He helped raise the building funds for the Union when he was still an undergradu­ate. In 1926 at Purdue he became Director of Person­nel in the Schools of Engineering and Science. Also he was appointed Professor of Personnel Administra­tion.

Although Jack Walters’ name first appeared on the NAPPO membership rolls during 1929-30, he participated in the Friday afternoon, January 21, 1927 joint session at the New York City conference. He spoke on placement of college graduates in busi­ness. Walters was present as a member of the Direct­ing Committee of CPO at the 1928 fall meeting when members representing the six cooperating organiza­tions planned the joint program for the 1929 confer­ence in Cleveland. He was a discussant at the NAPPO Thursday afternoon, February 21, 1929 session that year, and he claimed that there were 21 places in the 1929 program that the subject matter was similar enough to have given it simultaneously at the same place. At Atlantic City he spoke at the Thursday afternoon February 20, 1930, NAPPO session. His topic was “Compiling a List of Firms Employing College Graduates.”

During 1930-31, NAPPO Executive Committee members decided to concentrate upon five major areas of commit­tee activity and study: (1) studying college personnel principles, functions and tech­niques, and methods of accrediting, (2) pro­ducing an outstanding program for the 1931 Detroit convention, (3) cooperating more closely with industry and business, (4) re­vising the constitution, and (5) coordinating with other college personnel groups.

Through the efforts of the Industrial and Busi­ness Cooperation Committee members, 4,225 NAPPO programs of the Detroit meetings were printed free of charge and distributed. The eighth annual sessions took place Thursday through Saturday, February 19-21, 1931, in conjunction with a number of other college personnel organizations. NAPPO headquar­ters was the Book-Cadillac Hotel. Attendance was greater than in previous years.

Four general sessions, a banquet, and a lunch­eon meeting were held by NAPPO. A number of speakers presented papers at each of the meetings. NAPPO members attended a joint meeting with NVGA, a banquet sponsored by NVGA, and a general meeting held jointly with the other associations.

The annual NAPPO Business session was held Saturday morning, February 21, in the Banquet Room of the headquarters hotel. Much discussion and motions for revisions were generated from the report of the Constitution Committee members. The name was changed to ACPA, and two important purposes of the organization were formulated. The first purpose was aimed at establishing sections of the overall national organization that would deal with different kinds of personnel work. The second pur­pose focused on the promotion and development by various means of work of people engaged in personnel responsibilities at the college level.

The Coordinating Committee, chaired by Bradshaw, reported that they were attempting to meet and cooperate with other organizations with a view to possible coordination of various programs and activi­ties.

The report of the Nominating Committee was accepted by the members present at the Business meeting, and Walters was elected to a two-year term as president of ACPA. Membership to March 15, 1931, totaled 128.

At the request of the Executive Committee and others, Walters said that he had made a study of practices of the ACPA member college personnel departments during 1931-32. Plans were to distrib­ute information about placement and personnel activities at the ninth annual convention in Washing­ton, DC in 1932. During the previous year (1930-31), Walters collected personnel and placement forms. He compiled them and sent them upon request to 20 ACPA member colleges during 1932.

The1930-31 NAPPO Executive Committee ap­pointed vice-presidents for the first year (after the constitution was revised) to represent the five classes of functions in the expanded ACPA, which were: (1) Records and Research, (2) Educational Counseling and Administration, (3) Teacher Placement, (4) Stu­dent Placement, and (5) Personal Counseling. The five vice-presidents planned the ACPA Washington, DC program which lasted four days, Wednesday through Saturday, February 17-20, 1932.

ACPA headquarters for the ninth annual conven­tion was the Washington Hotel. Two general sessions were held there Wednesday in the Sun Parlor. The theme of the morning session co-chaired by Walters was The Placement of the College Graduate after College. The theme of the afternoon session was Aids in Interpreting the Individual to Himself. Walters was toastmaster at the annual banquet (formal) that evening in the Rose Room. Round-table discussions under the leadership of ACPA’s vice-presidents were held Thursday through Saturday morning. Walters was a discussant on the Thursday morning program emphasizing Personal Counseling. The annual Busi­ness session was held Friday afternoon in the Sun Parlor. ACPA membership in February 1932 was 91.

During 1932-33, Walters and the Executive Committee decided to center ACPA committee work upon the subject of college personnel principles, functions, and standards. Walters, with the approval and the recommendations for membership of each vice-president, appointed a general committee and five divisional committees with identical assignments.

The tenth annual convention was held in Min­neapolis, again prior to the meetings of the Depart­ment of Superintendence of NEA. ACPA headquarters was the Nicollet Hotel. Forty dollars in registration fees was collected. The general theme for the sessions held in the Nicollet Hotel, Thursday through Sunday, February 23-26, 1933 was “College Personnel-Its Principles, Functions, and Standards.” The program was planned around the committee reports. Com­paratively few ACPA members attended the convention. Walters was toastmaster at the annual banquet (formal) held Friday evening in Parlor N. His presiden­tial address was titled “The Future of College Person­nel Administration.” The annual Business session was held Saturday morning in Parlor N. Walters agreed to chair a Coordinating committee which included K. M. Cowdery and H. D. Kitson. The finan­cial report of ACPA for 1932-33 indicated 83 mem­bers.

Walters left Purdue in 1940 realizing that in order to counsel and advise young engineers he would need actual practical knowledge of industry. He became Personnel Officer at Revere Copper and Brass Company and later was appointed a vice-president.

In 1943 Walters joined the consulting firm of McKinsey and Company in New York City. In 1945 he accepted the presidency of Alfred University. He later returned to teaching in the Tuck School at Dart­mouth College, Rutgers University, and finally George Washington University where he developed the De­partment of Management in the School of Engineering. He was there for nine years, retiring Professor Emeri­tus to Leland, Michigan in 1964.

After he reread his 1933 presidential address late in 1966, Walters wrote that he believed that the “individualization of college education and personnel work is our greatest need.” Within five weeks he died in Leland, Michigan, when he was nearly 71 years of age.