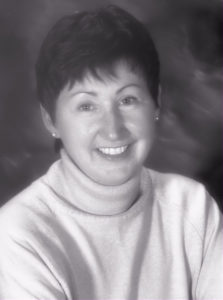 State College in Massachusetts. Willett’s involvement with ACPA began in graduate school at Bowling Green State University, when in 1971 she asked Gerry Saddlemire what professional association she should join. The options were seemingly endless and very confusing. He didn’t hesitate, but advised me to join ACPA. . . because, according to Gerry, that’s the only professional association she’d ever need! Willett didn’t question his advice and has never looked back. During the 70’s, she was a member of several commissions and thoroughly enjoyed the work and the colleagues she met.

Pat Kearney asked Willett to chair the 1989 convention in Washington, DC. Through that experience, she really learned how the association worked and met hundreds of wonderful people. That chairperson role gave Willett the visibility to run for national office. After serving as the 1989 convention chair, she was elected treasurer and served on the Executive Council for several years. When she completed her term as treasurer, she was elected President.

Willett writes, “I’m very proud of ACPA’s work during my presidency with AAHE and NASPA that produced the document, Powerful Partnerships – A Shared Responsibility for Learning.” This was a major publication that not only had a huge influence on the association, but the profession as a whole.

Four years before Willett’s presidency, ACPA disaffiliated from AACD. So, during her term of office, there were many organizational issues in our national office as a result of that disaffiliation. Much of Willett’s presidency was spent sorting through the responsibilities that were previously handled by volunteers. Some of the responsibilities needed to be transferred to paid staff members without damaging the strong connection between members and the work of the organization. The work that was accomplished during that period provided a foundation for the strong, independent association that exists today. Another key accomplishment of Willett’s presidency was the implementation of the Next Generation Conference during the 1998 Annual Convention in St. Louis with the collaboration of the convention advisor, Jean Paratore, ACPA President-elect, and Patricia Volpe, the 1998 Convention Chair. Vicki Cawley, who was at the University of Missouri-Columbia, chaired the first Next Generation Conference committee. This important component of the annual convention invites undergraduate students interested in student affairs to attend the annual convention two days early for a special event focused on entry into the profession. The Next Generation Conference continues to be a key component of the ACPA Annual Convention today.

When Willett’s term of office was completed, she returned to her vice president responsibilities at Bridgewater. Her president and staff (as well as her husband!) were incredibly supportive of the time she devoted to ACPA, but it was good to finish her term and devote her full attention, again, to her campus. Willett accepted an invitation to join the ACPA Foundation and has served as chair of the Grants Committee that awards Foundation funds to ACPA members for research projects. Also, she served on the ACPA Governance Task Force that reviewed the association’s governance structure and made recommendations for the future of the association.

In 2003, Willett moved to a new VPSA position at Coastal Carolina University in Myrtle Beach, SC and served in that role for five years. Further, Willett served an additional term as ACPA Past-President when in 2006 Jeanne Steffes was elected to serve a second term as ACPA President. Following the by-laws, a past president could be appointed to serve the role of past president so Steffes could complete her duties as president-elect. Presently, she is enjoying her recent retirement. Willett reflected, “I have been so fortunate to have had a career of wonderful colleagues and exciting, fulfilling work experiences. My “career” in ACPA has been an added bonus for which I will always be grateful.”