Gregory Roberts was elected ACPA president when he served as the vice president for student affairs at the University of St. Thomas in 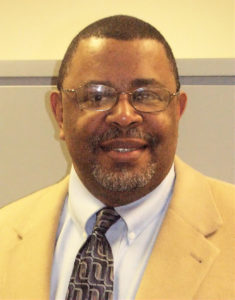 Minnesota. His involvement in ACPA began through the Commission III, now the Commission for Housing and Residential Life. Not only was Roberts significantly involved with the Commission, but he also served as the treasurer for the Kansas City Convention in 1993, which occurred in the midst of ACPA’s disaffiliation from the American Counseling Association. Additionally, Roberts served ACPA as association treasurer on the Executive Council, co-chaired the Blue Ribbon Task Force, and was active with the Standing Committee for Multicultural Affairs and the Standing Committee for Men.

Roberts presidency led to the development of signature professional development institutes and experiences, including the Mid-Level Manager’s Institute and the Institute on Spirituality and Faith hosted at California State University, Long Beach. Further, Roberts oversaw the selection and hiring of three professional staff members in the ACPA Headquarters and acquired corporate funding for awards and research. Although much success occurred during Roberts presidency, including a successful convention in Washington, DC, there were several challenges which were overcome. Those included state divisions and their affiliation within ACPA, corporate giving, and the growth of the ACPA Foundation.