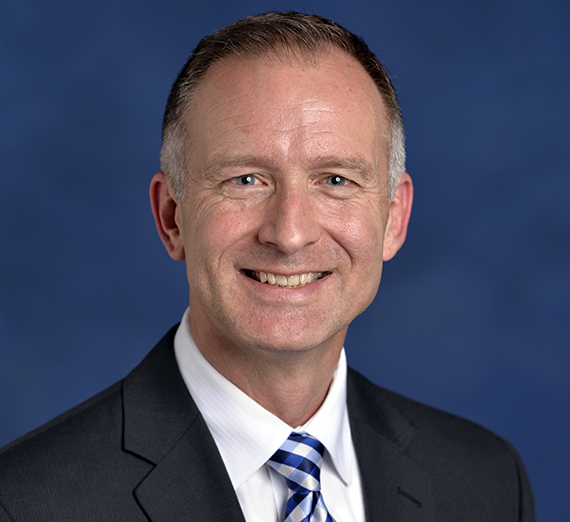 Like so many in student affairs, Dr. Kent Porterfield began his journey into the field as an undergraduate student. After heavy involvement with campus life as an undergraduate at Northwest Missouri State University (NWMSU), Dr. Porterfield realized he had just as many mentors offering support in campus life as he did among the faculty. One of those student affairs mentors, Dr. Denise Ottinger, made the original suggestion that he pursue a career in student affairs, and in what may have been “the most impulsive decision,” Kent quickly took what would become the first step in a successful student affairs career by enrolling in a graduate program at NWMSU.

Dr. Porterfield’s involvement with ACPA began when he attended his first convention in 1991 in San Francisco, California and one could say that he was hooked from the start; he has not missed a convention since that date. Prior to his presidency, Porterfield served in numerous roles in ACPA including two terms as President of the Missouri College Personnel Association and multiple years spent as a member of the Executive Council. He also participated in several important task forces including the ACPA/NASPA Consolidation Task Force from 2008-10. In 2011, he was Program Co-Chair for the 2011 ACPA Convention in Baltimore, Maryland before becoming the Vice-President/President-Elect in 2013.

During his presidency, Dr. Kent Porterfield strengthened ACPA’s identity and began working to boldly transform higher education through a series of formative decisions, programs, and initiatives including appointing task forces on digital technology and ending sexual violence. He also focused heavily on expanding leadership with a focus on racial equity and began town hall conversations on race and social justice. The highlight of Dr. Porterfield’s tenure as ACPA President was the relationships he built and the opportunities he had to collaborate and talk with members across the country.

Amidst multiple roles in the organization and career advancements, ACPA has remained a professional home and a faithful companion to Kent for the last 30 years. It has “never given up” on him and provided him with continued opportunities for growth and leadership along with a network of colleagues and friends that feel more like family. He is proud of the ACPA’s early commitment to racial justice and decolonization and was an inaugural faculty member for the “Leading with Racial and Justice Lens Institute for Senior-Level Administrators in 2019. Porterfield also commends ACPA for the outstanding research it produces.

Currently, Dr. Porterfield serves as the Vice Provost for Student Affairs at Gonzaga University in Spokane, Washington where his commitment to students and inclusion are demonstrated daily. His message to professionals in the field is that change is the only constant in higher education, and we must consider how equity, social justice, wellbeing, and learning and development intersect to create positive campus culture and environments and inspire the next wave of social change that will boldly transform higher education.