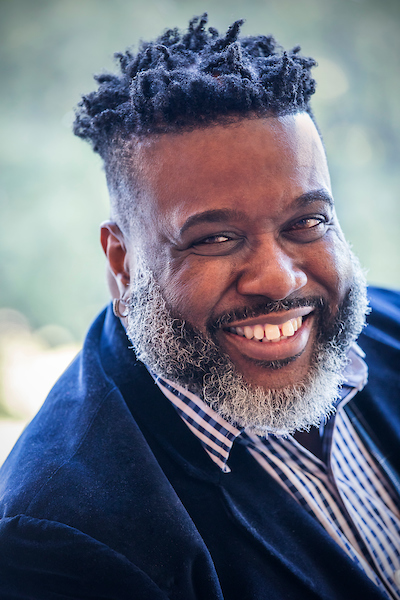 Rev. Dr. Jamie Washington entered the field of Higher Education and Student Affairs thanks to strong involvement and mentorship as an undergraduate student at Slippery Rock State College. He found his “home away from home” in the Black Student Union, the Gospel choir and his fraternity, Alpha Phi Alpha.  With the mentorship of Dr. Dawn Person knew he wanted to pursue a career in Student Affairs and help underrepresented students find their voice and their way. After graduating with his Bachelors’ degree, Dr. Washington completed his Master’s degree at Indiana University in Bloomington. Dr. Washington also holds a Ph.D. from University of Maryland – College Park, and a Master’s of Divinity from Howard University.

Rev. Dr. Jamie Washington’s involvement in ACPA began as a graduate student as he learned early on about the importance of getting involved, engaging with scholarship, and attending conventions. It is within ACPA where Dr. Washington found his professional home and opportunity for leadership and service. Prior to his presidency, Dr. Washington served as chair for the Coalition of Sexuality and Gender Identities (known then as the Standing Committee for LGBT Awareness). He also served as directorate of the Commission for Professional Preparation, was a member of the Housing and Residence Life Commission and served as a Member-at-Large on the ACPA Executive Board.

As ACPA Vice President in 2017, Dr. Washington worked with Dr. Donna Lee and Dr. Stephen Quaye and described them “as the first Presidential Trio of all African descent.” This important collective started working on the Strategic Imperative for Racial Justice and Decolonization (SIRJD), which Dr. Washington continued advocacy for into his presidency. He helped create the Intergenerational Dialogue on Activism and Social Action at the Boston Convention in 2019 during his presidency. Throughout his tenure, Dr. Washington worked to reimage ACPA and continue to align organization practices with the new Strategic Imperative for Racial Justice and Decolonization. Dr. Washington worked closely with the transition of Executive Director from Cindi Love to Chris Moody. His involvement with ACPA during this time of reinvention and change is a major highlight of his presidency.

Dr. Washington is excited for the change and innovation occurring in higher education and believes that “the next generation of brilliance is positioned in ACPA.” He is proud that ACPA continues to be a leader in producing new scholarship while still providing a professional home and network of professionals that feel like family. He encourages all to recognize and celebrate the great work that has already been done while allowing space for upcoming scholars and practitioners to continue to innovate and introduce change that will boldly transform higher education.

Rev. Dr. Jamie Washington’s accomplishments within ACPA and higher education have been recognized through the Esther Lloyd-Jones Professional Service Award (2021), the Annuit Coeptis Senior Professional and the Erica Holloman awards (2020). Currently, Dr. Washington continues to pursue his calling to help campuses and organizations build their capacity to do equity and inclusion work. He is the President and Co-Founder of the Social Justice Training Institute and President and Co-Founder of the Washington Consulting Group. Dr. Washington also serves as the Pastor of Unity Fellowship Church of Baltimore. Family, both biological and chosen, are central in his life.  He co-parents five adult children and is Poppa Jamie to 7 and Uncle Pop to 8. He shares his life with his partner  with the Rev. Sam Offer.

He lives by the words of his favorite song, sung at the funeral of Rev. Dr. Martin Luther King, Jr. by the Mahalia Jackson;

“If I can help somebody as I pass along;

If I can cheer somebody with a word or song;

If I can show somebody, that they’re traveling wrong;

Then My Living Shall Not Be In Vain”