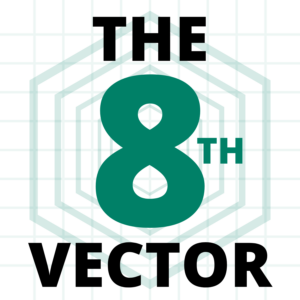 The Graduate Students and New Professionals Community of Practice serves our membership through adaptive strategies and resources. Since its beginnings in 2004, The Eighth Vector created space for graduate students and new professionals to share best practices, publish research, and connect on issues relevant to their career level in the profession. In taking on many formats, the 8th Vector adapted and grew with its members. For the past two years, The 8th Vector was published as a blog, providing space for members to share resources in any form: traditional articles, op-eds, posters, podcasts, poetry, art, and more.

As higher education evolves, so do the needs of student affairs practitioners and scholars. We have decided to retire The 8th Vector as a publication of GSNPCOP to make space for new ways to serve our members. Thank you all for your participation in making The 8th Vector successful in its many forms over the past 18 years.

We want to honor the work and legacy of this publication and what it has meant to GSNPCOP and ACPA. Enjoy looking back on the evolution of the 8th Vector through an archive of each volume.

The Mid-Level Community of Practice is partnering with the Commission... END_OF_DOCUMENT_TOKEN_TO_BE_REPLACED

The Mid-Level Community of Practice is very excited to announce... END_OF_DOCUMENT_TOKEN_TO_BE_REPLACED